WELCOME TO THE WERLE & RUSHE AGENCY 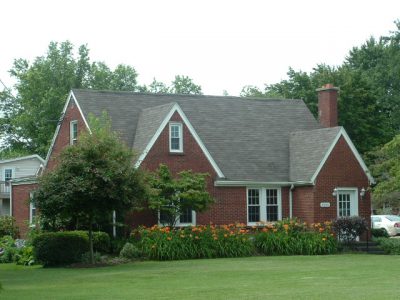 In the 1950s, Bob Morrow started an agency representing Erie Insurance. Tom Morrow, Bob’s son, joined the agency for several years, as did Mike McGee. Don Werle became a partner and the agency was known as the Morrow-McGee- Werle Agency for a time.

John Rushe joined Don in the partnership at that time. The agency relocated from downtown Erie to West 12th Street in Millcreek Township, near the Erie International Airport. The agency purchased a building in 2006, moving a short distance to our current location at 4055 West Lake Road.

The Werle & Rushe Agency proudly represents Erie Insurance, featuring them as our primary carrier. We continue to represent Infinity and Fidelity National Property & Casualty Insurance (flood) as well. Other carriers have also been added to meet the unique needs of our policyholders – Millville Mutual, Progressive, American Collectors and Classic Collectors.

Don and John both have insurance industry experience dating back to the 1970s. Don, an Erie native, began his career in the accounting and finance specialties within the Erie Insurance Home Office. He holds the industry designation of Certified Insurance Counselor (CIC). He is a graduate of Gannon University.

John, a native of the Pittsburgh area, worked for Allstate Insurance for almost 20 years, with management assignments throughout Pennsylvania and West Virginia. He holds two industry designations – Chartered Property Casualty Underwriter (CPCU) and Accredited Advisor in Insurance (AAI). He is a graduate of the University of Pittsburgh.

Don and John, along with the entire agency staff, are committed to offering a truly professional relationship as insurance advisors.

The information presented at this website is considered proprietary.  It may not be reproduced and redistributed without the permission of the Werle & Rushe Insurance Agency LLC and/or the carriers we represent. (October 13, 2014)